AKRON  Riley Ickes didn’t used to like going to school, but now the 16-year-old can’t wait until her school gets back to in-person sessions amidst the COVID-19 pandemic.

© Mike Cardew, Akron Beacon Journal
Riley Ickes, 16, a student at Ellet High School holds up an old pair to pants in the living room of her family’s home on Monday Jan. 10, 2021 in Akron. Ickes has lost more than 90 pounds since having gastric sleeve surgery in September at Akron Children’s Hospital. She has changed her lifestyle -working out 4 to 5 times a week and watching her diet. [Mike Cardew/Beacon Journal]


Riley thinks a lot of her Ellet High School classmates may not recognize her.

She’s nearly 100 pounds lighter than last March when classes went online at her heaviest — 324 pounds. As of this week, she has lost 94 pounds and is still going, thanks to drastic changes in her lifestyle, including nearly daily exercise, diet and bariatric surgery.

© Submitted photo
Riley Ickes shows off how much weight she has lost since having bariatric surgery in September in a photo on Jan. 19. Riley has lost 94 pounds since having the surgery. The shorts she has on were snug last summer, she said.


In September, Riley was one of the first patients to undergo bariatric surgery in a new program at Akron Children’s Hospital. The surgery is not for everyone, but for some patients who have medical conditions that make it difficult for them to lose weight it can be an option, said Dr. Marnie Wagner Walston, a pediatrician who specializes in pediatric obesity medicine and adolescent bariatric surgery.

Walston oversees the hospital’s Healthy Active Living program, which provides evaluation and treatment for children and teens who are overweight. The team includes a physician, psychologist, certified nurse practitioner, dietitian and exercise physiologist.

“There’s a common misconception that surgery is a quick fix or an easy way out and a patient doesn’t have to work,” said Walston, who graduated from Firestone High School in 2004.

Patients who want to undergo bariatric surgery still have an eight-to-nine-month process before starting surgery plans, she said.


“We’re working on healthy lifestyle changes. That might help a patient lose weight without even needing surgery. That’s the ideal situation,” Walston said.

But statistics show that for most teens with severe obesity, “they’re not going to be successful with behavioral and lifestyle changes alone,” she said.

© Submitted photo
Riley Ickes is photographed shopping for clothes in 2017 at a plus-sized store. Riley had bariatric surgery in 2020 and has lost more than 90 pounds so far.

“I’ve always been a lot bigger than everybody,” she said. “My mom would take me to different doctors to try to figure out what was going on.”

At around age 14, she was diagnosed with polycystic ovary syndrome, an imbalance of hormones, which can also cause fertility issues and obesity. She also had high cholesterol and was pre-diabetic.

Renee Ickes, Riley’s mom, said: “She’s always been active and she’s a good eater but she doesn’t eat any different than anyone else. She struggled her whole life and we just tried everything” including gym memberships, dieticians and dance classes.

After the diagnosis, they were referred to the Healthy Active Living program.

Surgery was not initially brought up.

“She tried all the options and the struggle was there. She just couldn’t do it,” said Renee Ickes. “The doctor brought it up to us. It took us a while to research and convince everyone it was the right thing.”

Adolescent bariatric surgery came about in the 2000s. As procedures have improved, they have become minimally invasive — done laparoscopically with minimal incisions and a one- to two-night hospital stay, said Dr. Mark Wulkan, the new chair of Children’s Department of Surgery.

“You don’t do the operation to be pretty for the prom; it’s really about the health benefits,” said Wulkan. “People think it’s a cosmetic operation. This is an operation to help reverse a disease [obesity].”

© Submitted photo
Dr. Mark Wulkan is the new chair of Akron Children’s Hospital’s department of surgery. He is one of the doctors who performs bariatric surgeries, among other surgeries.


There are the same advantages for the patient of doing bariatric surgery in an adult and a teen, which include reducing health risks such as high blood pressure, diabetes, sleep apnea and liver disease, said Wulkan. But studies have shown that those risks are easier to reverse the younger you do the surgery, he said.

“That makes the argument that maybe it’s not a last resort. Maybe it’s something we should be looking at and it’s just one of the tools in your toolbox to treat being overweight,” Wulkan said.

He arrived from Atlanta in August. Children’s had already been working on starting the bariatric surgery program before his arrival, but Wulkan, a general surgeon, has a special interest and expertise in bariatric surgery, which he has been performing since 2004. He and Dr. Scott Boulanger will perform the surgeries.

In order for a patient to qualify for bariatric surgery, several factors are considered, including whether the operation outweighs the medical risks and the patient’s body mass index (BMI) — the relationship between height and weight. In addition, the patient must actively participate in a weight-management program for six months.

© Submitted photo
Riley Ickes shown in September before her bariatric surgery. Riley has more than 90 pounds since the surgery.


Even with that, Walston said, not all candidates ultimately have the surgery. There have been three completed (COVID-19 slowed things down) and about 21 patients are working toward surgery. About a quarter of those patients may not pursue surgery, she said.

The patients have to make lifestyle changes, including diet and exercise, before the surgery to make those changes stick after surgery, Wulkan said.

In most pediatric cases, the surgery is a gastric sleeve, where 80 to 85 percent of the stomach is removed. That decreases the capacity of the stomach, so the patient gets full with less. The stomach also produces a hormone that makes you feel hungry. After the surgery, there is less of that hormone, so it decreases your appetite.

But that means the body also doesn’t signal that it is hungry, Walston said, so patients have to learn how to eat smaller, healthier meals more often. The patients work with experts to make sure they’re eating appropriately and taking vitamins and mineral supplements to make sure there are no nutritional deficiencies.

“Surgery helps you reduce the appetite. It’s not the fix,” said Walston. “The surgery itself doesn’t remove any weight from the body, but it gives you tools.”

The surgery’s benefits can be defeated if the patients don’t make the lifestyle changes, including exercise and diet, she said.

Candidates for surgery tend to be in their teens, the doctors said, but the team will discuss with a younger patient and family if there is a reason to have the surgery.

“You want to be really thoughtful about the patient’s emotional ability, ability to be able to live with the implications and understand,” Walston said.

Walston is happy that Akron-area adolescent patients have an option for the surgery. Before the hospital’s program started, patients had to go to an adult hospital or another region, she said.

Riley enjoys planning and cooking her own meals. She also goes to work out every morning before coming home for online classes while Akron schools are still remote. Riley also works at Walmart after school.

Renee said she doesn’t even worry about Riley and her eating habits now.

“This kid carries a cooler around with her with chicken. She has her produce and her proteins and she is like an expert in reading all of the labels,” Renee said.

© Submitted photo
This photo of Riley Ickes was taken on Jan. 1, 2021. She has lost more than 90 pounds since having her bariatric surgery in September.


Riley is excited to go back to school in person, but concerned about how to keep up the good exercise schedule she’s established before school and work.

Her goal weight is 165. Doctors told her she’d lose about 75 pounds right after surgery. She’s already exceeded that, and as of this week has lost 94 pounds at 229 pounds.

Her close friends have seen her, “but there are a bunch of friends I haven’t seen since school had let out last March. I don’t know what they’re going to say. I’m kind of excited about that.”

She’s also excited to get involved with school activities.

“With my size, I wasn’t comfortable to do anything. I didn’t want to. But now if we were back in school, I’d probably get into more activities and do more stuff,” she said. This week, she ran into her high school band director, who had to do a double-take before he recognized her.

“Overall, I feel great. I’ve never felt this happy with myself,” said Riley. She also no longer has high cholesterol and is no longer considered pre-diabetic.

“I don’t stress out so much. I used to be so concerned when everyone would look at me when I would do something. Now I don’t care, and I’m a lot more comfortable with myself.”


Riley is especially excited for the day when she can go to Cedar Point and get on a ride. She had avoided until now because she was afraid she wouldn’t fit.

Riley’s weight-loss journey has changed her career desires. She had been interested in interior design, but “now after I went through the clinic and what they do, it really inspired me to want to do that for the kids.” She is interested in maybe being a child life advocate or some type of job to work with kids struggling with weight.

Riley’s dad, Ron, said it was hard to watch his daughter struggle with her weight and not want to be involved in activities at school.

“With this surgery and the progress she’s made, it just totally changed her mental state of mind. I’m starting to see that go-get attitude,” he said. “For her now to be able to jump in and commit to… taking a hold of nutrition and the routine of the gym, it blows me away to see that.

Beacon Journal staff reporter Betty Lin-Fisher can be reached at 330-996-3724 or [email protected] Follow her @blinfisherABJ on Twitter or www.facebook.com/BettyLinFisherABJ To see her most recent stories and columns, go to www.tinyurl.com/bettylinfisher 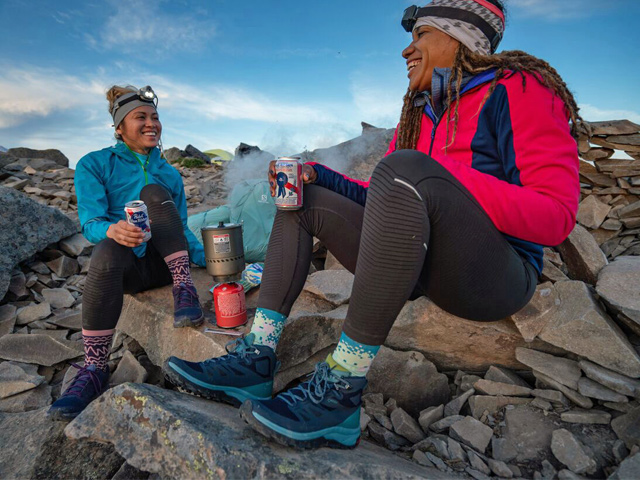