Last fall, Havencroft Elementary art teacher Anna Huelskamp brainstormed with her fifth-graders about an art project she wanted to do with neon and black lights.

“One of the kids came up with Candy Land,” she said. “When I started looking into the history of Candy Land, I discovered that the game was developed by a retired school teacher during the polio epidemic.

“It seemed sort of fitting for this year.”

Ashley Hutfles, Huelskamp’s counterpart at Regency Place Elementary, asked about her plans, and then each teacher put her own spin on the children’s game, which was introduced circa 1950.

The result were life-sized versions of Candy Land, first featuring lollipops, candy canes, gum drops, ice cream and cupcakes constructed over weeks in art classes. Every grade level focused on a different prop for the projects, meant to make up for field trips missed because of COVID-19.

Staffers set up their Candy Land exhibits after school hours before the semester break.

At Havencroft Elementary, the neon-lit game involved an obstacle course full of challenges like tumbling past the gingerbread house and navigating the rainbow tunnel. Their game expanded out of the gym and into the hallways on an interactive path to the music room where students played games and instruments. At the library, about 90 minutes after starting, students turned in their game “candy card” for treats and a holiday movie.

“While this was an idea that started in the art room, the whole specials team at Havencroft jumped on board and worked together to make it a really special day,” Huelskamp said. “Everyone, young and old, was gleaming with excitement from the experience.”

Pandemic protocols were required, of course. At Regency Place, one student rolled the die while another moved along the Candy Land path. Hutfles called on other teachers to submit activity or question ideas for students making the sweet journey.

“I wanted to keep the wonder and awe of the finished product a surprise for all,” Hutfles said of the Regency Place project. “I put construction tape and a ‘No Peeking’ sign on the door to add an element of suspense.”

“So much has changed in schools during this pandemic, and a lot of our regular holiday traditions had to be canceled, so this provided a great alternative,” Hutfles said. “I laid out a game path through the exhibit and called on other teachers to submit activity or question ideas.”

“While this was an idea that started in the art room, the whole specials team at Havencroft jumped on board and worked together to make it a really special day,” Huelskamp said. “We wanted to do something to make this year special for our students. Everyone, young and old, was gleaming with excitement from the experience.”

According to The Atlantic, which published an article to mark the game’s 70th anniversary last year, Candy Land was invented in a polio ward by San Diego-area teacher Eleanor Abbott. While in her 30s, Abbott was hospitalized after contracting polio in 1948. Most of her fellow patients were children.

“Seeing children suffer around her, Abbott set out to concoct some escapist entertainment for her young wardmates,” the article said, “a game that left behind the strictures of the hospital ward for an adventure that spoke to their wants: the desire to move freely in the pursuit of delights, an easy privilege polio had stolen from them.”

Fred Sherman is the new election commissioner in Johnson County.

Appointed by Kansas Secretary of State Scott Schwab and sworn in on Jan. 27, Sherman replaces Connie Schmidt who stepped in to run the office for the 2020 elections.

“Connie selflessly agreed to serve as temporary Johnson County election commissioner, never anticipating the 2020 elections would be held during a global pandemic,” Schwab said in a news release.

Sherman was named deputy election security commissioner in January 2020 with the intent to become election commissioner this year, according to Schwab’s office.

“Mr. Sherman has an impressive background in management, finance and government,” Schwab said. “He is an experienced project manager who understands the importance of working with local officials to responsibly manage the Johnson County election office.”

Roeland Park has met its goal of going live this month with an online tool that will help the city, as well as individual households, track their greenhouse gas emissions.

Last year, the City Council approved the purchase of Dynamhex, a cloud-based system that also suggests reduction targets and encourages citizens to be part of the effort. The city has resolved to cut carbon emission 28% by 2025.

“The City of Roeland Park has taken measures to reduce its carbon footprint to ensure a sustainable future,” Roeland Park Mayor Michael Kelly said in a news release. “We’re excited that Dynamhex helps citizens and businesses learn about their carbon emissions and do their part to meet our carbon emissions reduction goal.”

The platform can be used by any resident or business in Roeland Park. Go to roelandpark.net/384/Carbon-Emissions-Dashboard to learn how to access the system. Anyone with questions can call City Hall at 913-722-2600.

Like many communities, Lenexa is dealing with the bad math of recycling right now.

The city says recycling costs have risen over the last three years, while the market value of materials has dropped as much as 50%.

One trash hauler wants the option of picking by recyclables every two weeks instead of weekly, which would require an ordinance change.

To gauge community preferences, Lenexa has posted a recycling survey through Feb. 10. It’s for Lenexa residents only and can be found at lenexa.com.

Don’t describe Mission’s Dan Madden as interim police chief any longer. Madden won the job permanently and was sworn in on Feb. 3.

He replaces Ben Hadley, who left for health reasons in late August.

Madden was selected after a nationwide search that drew more than 35 qualified applicants, the city said. The search included two panel interviews with members of the City Council, the Mission Leadership Team, outside law enforcement professionals and community members who discussed leadership styles, values and vision with the finalists.

Among other things, the city said, panelists appreciated Madden’s commitment to earning and maintaining public trust. He has played a large role in Mission’s conversations on racial equity.

“I am impressed by his dedication to Mission, his willingness to evolve and grow as a law enforcement professional, the clear care and compassion he displays for others, and his vision for the future of the Mission PD,” said council member Sollie Flora, who participated in the panel interviews.

Madden joined the department in 1999 and has been the investigations captain since 2015. He’s also the city’s emergency management/homeland security director. He has been involved with the Mid-States Organized Crime Information Center and is an approved commander for the Metropolitan Major Case Squad.

Born and raised in Shawnee, Madden earned a bachelor’s degree in criminal justice from Washburn University and is scheduled to attend the FBI National Academy when pandemic restrictions allow.

Merriam leaders have canceled the annual Turkey Creek Festival for 2021, previously scheduled for May 15.

“COVID-19 continues to surge in our area, and we want to wait until we can host an event that is safe for everyone to attend,” the city said in a news release.

The 5K Run/Walk was rescheduled for Oct. 2 during the Merriam Drive Live event.

Nathan Zhang, a sophomore at Olathe East High School, has earned a perfect score of 36 on the ACT college entrance exam, putting him in the top one-tenth of 1% of students who take the test nationwide.

“This is quite a feat for a sophomore,” said Olathe East Principal Kerry Lane, who described Zhang as “a self-directed, independent learner and an excellent problem solver.”

Zhang is involved in debate and is a member of the swim team and the Design Academy.

Lenexa police have taken reports of buyers being scammed when trying to acquire a puppy or kitten from online sources like Craigslist, Facebook groups and even breeder websites that look authentic. Some common red flags:

▪ The seller will communicate by text or electronically but not over the phone.

▪ The seller wants to be paid with a gift card, wire transaction or app like Venmo or Cash App. All make it difficult to get your money back, but credit cards typically offer the best fraud protection.

▪ You can’t find reputable buyer reviews for the seller.

Anyone victimized by these or other scams should call Lenexa police at 913-477-7301.

The Johnson County Park and Recreation District is seeking public input as it develops its first master plan for public art at its facilities.

Those who live in Johnson County, as well as visitors, are asked to complete a questionnaire posted through Feb. 15 at jcprd.com. Among other things, the survey asks about the best locations for public art and asks residents to pick their favorites from images of art installations elsewhere.

The works were displayed in George Schlegel Gallery at City Hall, which was named for a longtime art commissioner who died in January. 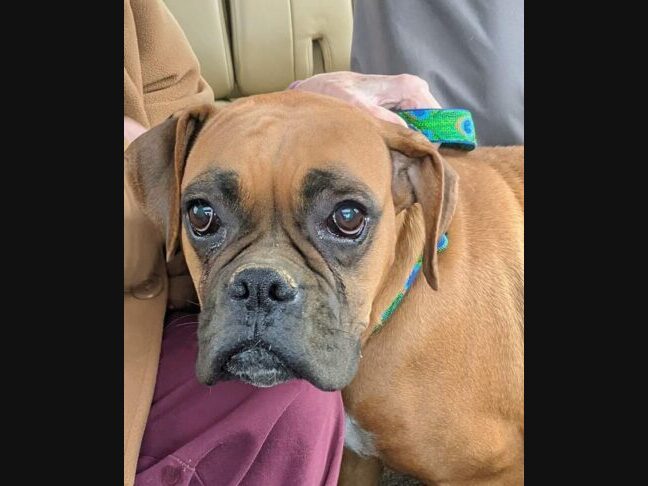