Experts say witnessing so much pain over the last year from the COVID-19 pandemic will take a major toll on healthcare workers’ mental health.

The Mental Toll on Medical Workers

The horror of the COVID-19 pandemic has unfolded largely outside public view. But inside hospitals, it’s a different story.

In California, where a massive COVID-19 surge has begun to plateau, more than 24,000 people have died since Nov. 1. A large number of them succumbed in hospitals, with only doctors and nurses by their bedsides.

Experts say that being near so much pain is likely to take a grave toll on medical workers’ mental health. Many worry that doctors and nurses will burn out or retire early and that the experience will trigger high rates of anxiety, depression and post-traumatic stress disorder that will outlast the pandemic.

Healthcare workers have become conduits for the anguish of families and patients. They field hundreds of phone calls a day from anxious relatives. Nurses hold patients’ hands when they are intubated. Staff monitor their cellphones and reply to text messages. They pray for their recovery.

“The sound of the family members crying,” said Dr. Christine Choi, a second-year medical resident at Harbor-UCLA Medical Center in Torrance. “I probably will never forget that.”

A Battle at the Grocery Store

Grocery stores, which have served as a lifeline during the pandemic, are now at the center of an increasingly bitter political battle as labor unions and politicians fight to secure hazard pay for workers who have kept the businesses going.

The Los Angeles City Council has backed a plan to give grocery and drugstore workers hero pay amounting to an increase of $5 per hour, despite warnings that the wage hike could bring lawsuits and store closings. Council members voted unanimously to order city attorneys to draft an ordinance that those workers receive a pay bump for the next 120 days.

The council’s action, which marks a first step in the process, came one day after grocery chain owner Kroger announced it would permanently close two stores in Long Beach after that city passed a similar ordinance.

Shoppers and employees have found themselves in the middle of the dispute.

— Actor Sean Penn has deployed his nonprofit organization’s volunteers and staff at COVID-19 vaccine sites such as Dodger Stadium and testing sites across the U.S. But he isn’t happy about some disparaging comments about his operation.

— As California looks to ramp up efforts to immunize its millions of residents, health officials say they continue to run into a stubborn hurdle: the inability to secure a sufficient and reliable stream of vaccine doses.

— When your chance for a COVID-19 vaccine shot comes, don’t worry which one it is.

For more, sign up for Coronavirus Today, a special edition of The Times’ Health and Science newsletter.

President Biden‘s administration pledged early executive action to undo many of his predecessor’s immigration policies. But in Biden’s first weeks in office, officials have found themselves pleading for patience, saying they are constrained by former President Trump’s executive orders and administrative restrictions on immigration, as well as by public health concerns amid the COVID-19 pandemic.

On Tuesday, Biden signed a series of executive orders and directives on immigration that primarily call for the review of, rather than an end to, Trump policies. They include the program known as “Remain in Mexico,” under which thousands of asylum seekers remain stuck at the border, and the “public charge” rule, which essentially requires a “wealth test” for immigrants.

In one concrete step, Tuesday’s orders establish an intergovernmental task force to reunite separated families. But Biden officials stopped short of explicitly allowing separated parents or their children to return to the U.S.

“There’s a lot of talk, with good reason, about the number of executive orders that I sign. I’m not making the law. I’m eliminating bad policy,” Biden said.

Protected by the 1st Amendment?

House impeachment managers said in a brief that former President Trump “summoned a mob to Washington, exhorted them into a frenzy, and aimed them like a loaded cannon down Pennsylvania Avenue,” putting everyone on Capitol Hill in grave danger.

In their initial response to the charges in his second impeachment, Trump’s lawyers countered that whatever statements he made to his supporters were protected by the 1st Amendment. His lawyers also argued that the Constitution does not allow the Senate to try the case because he no longer holds office.

Trump’s supporters in the Senate have urged him to emphasize the claim that the Senate no longer can try him. That argument allows Republicans to side with him without saying they endorse his conduct.

— House Minority Leader Kevin McCarthy is facing unrest from opposing ends of the Republican spectrum over Reps. Liz Cheney and Marjorie Taylor Greene, underscoring GOP fissures as the party seeks its pathway without Trump in the White House.

— The Senate confirmed Alejandro N. Mayorkas as secretary of Homeland Security, filling a key Cabinet post as Washington grapples with the fallout of the Jan. 6 attack on the Capitol. Also confirmed was Pete Buttigieg as Transportation secretary, the first openly gay person to take a Cabinet post.

In 1966 and 1967, Disneyland added four new attractions: It’s a Small World, the Primeval World, New Orleans Square and the Pirates of the Caribbean. The four attractions cost $20 million, or $3 million more than the cost of the original park.

In a 1966 article, Times staff writer Dave Felton previewed the Pirates ride, which would open the following year: “The cruise will begin and end with a waterfall ride. In between, scores of bloodthirsty electronic pirates will engage in gunfights with ammunition flying overhead. Stores will be looted and a jail burned. ‘Not very attractive ladies of the town will be willingly auctioned off,’ said one guide. The children should love it.”

In 2018, the auction scene was replaced with a depiction of pirates selling the pilfered belongings of local townsfolk.

— Gov. Gavin Newsom’s job approval rating among California voters has plummeted, driven largely by dissatisfaction over the state’s response to the COVID-19 pandemic and adding fuel to a Republican-led recall campaign.

— The union that represents Los Angeles police officers has reached a tentative deal to postpone a pair of raises for its members, averting layoffs for as many as 355 officers at a time when homicides and shooting incidents are steadily rising.

— Two FBI agents were killed and three wounded in a shooting that erupted when they arrived to search a Florida apartment in a child pornography case, a confrontation that marked one of the bloodiest days in FBI history. The suspect is believed to have killed himself.

— Slain Capitol Police Officer Brian Sicknick lay in honor in the U.S. Capitol on Tuesday evening, allowing his colleagues and the lawmakers he protected to pay their respects and to remember the violent attack on Congress that took his life.

— The State Bar of Georgia has opened an inquiry into attorney Lin Wood, who gained national attention since the general election for persistent, unfounded claims of widespread voter fraud.

— A Moscow court ordered Russian opposition leader Alexei Navalny to prison for more than 2½ years on charges that he violated the terms of his probation while he was recuperating in Germany from nerve-agent poisoning.

— As the COVID-19 pandemic shelved live concerts, aspiring artists have been looking for new ways to reach homebound audiences. Enter Audio Up, which aims to capitalize on the demand by helping musicians launch their own scripted podcast musicals.

— The work of celebrity stylist Law Roach typically appears adjacent to what’s on screen — on red carpets, at parties and photo shoots for clients like Zendaya and Ariana Grande. Now he’s breaking into film.

— Eric Church never wanted to sing the Super Bowl national anthem. Then came the Capitol riot, and he couldn’t say no.

— Dolly Parton says she rejected a Presidential Medal of Freedom by the Trump administration twice. She may have a third chance from Biden — but she’s not sure she’ll take it.

— Jeff Bezos, who founded Amazon, will step down later this year as chief executive, a role he’s had for nearly 30 years, to become executive chairman. Hollywood doesn’t expect the succession plan to have a major impact on the company’s show business plans — at least not right away.

— Amazon will pay more than $61.7 million to delivery drivers from whom it withheld the full amount of customer tips after a Federal Trade Commission investigation. The settlement comes nearly two years after the Los Angeles Times first exposed the practice.

— You’re stuck at home in a pandemic. Cable and internet bills are rising anyway, writes business columnist David Lazarus. It’s a calculation big cable is making as the industry shifts.

— In an exclusive interview, quarterback Jared Goff said he’s unsure why he became a wrong fit for the Rams, who traded him, but “the feeling’s mutual.”

— The Angels suspended pitching coach Mickey Callaway until they complete an investigation of his behavior after an online publication reported multiple allegations of sexual harassment against him.

— If California is going to live up to its clean-car ambitions, the state has to dramatically increase the sales of electric vehicles and the installation of charging stations, The Times’ editorial board writes.

Many people store things in their basement and forget about them. It’s not often that the forgotten thing turns out to be dynamite — but it does happen. Luckily, the Los Angeles County Sheriff’s Department has a bomb squad trained for such an occasion. Here’s how they handled a box found in Glendora over the weekend. 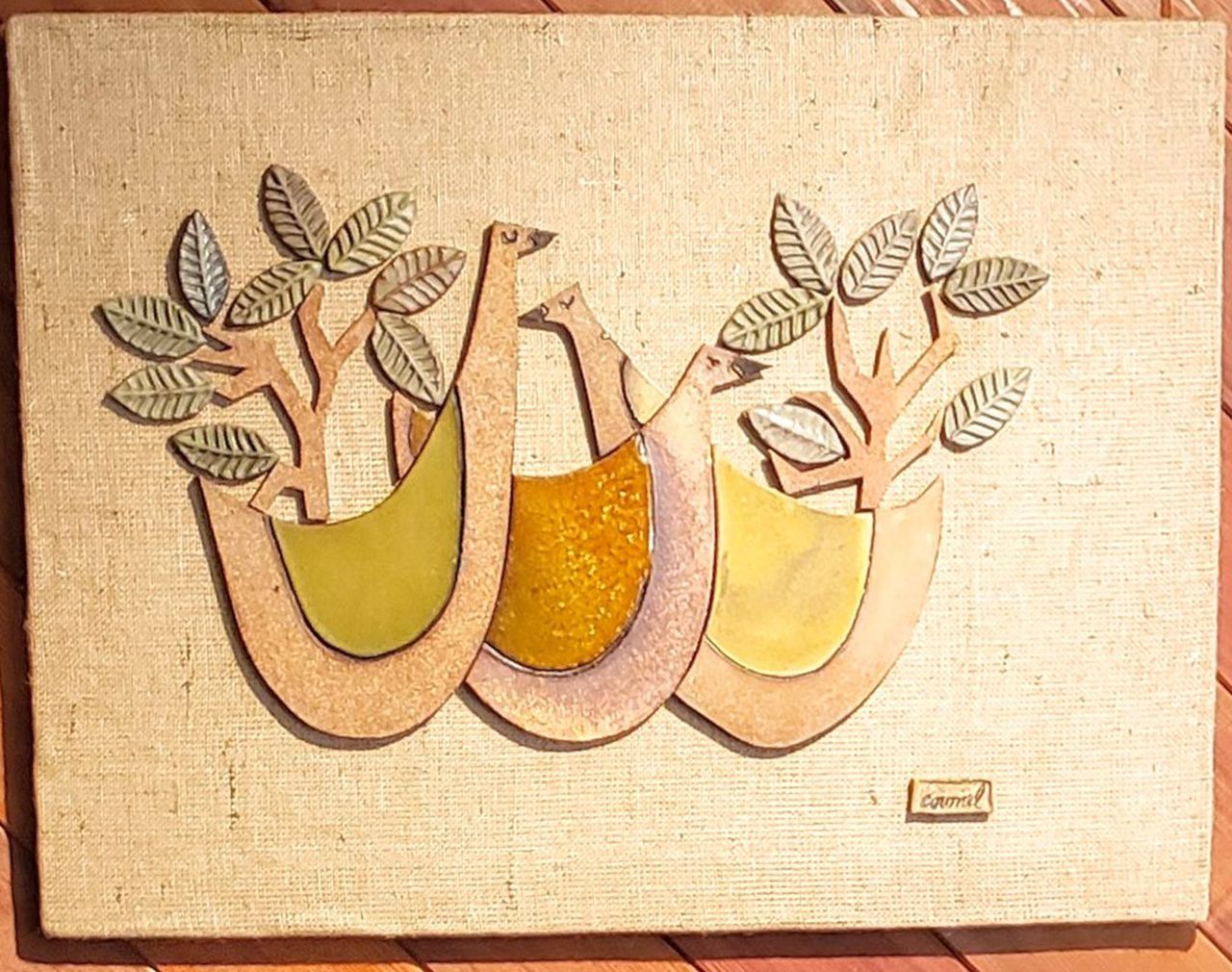