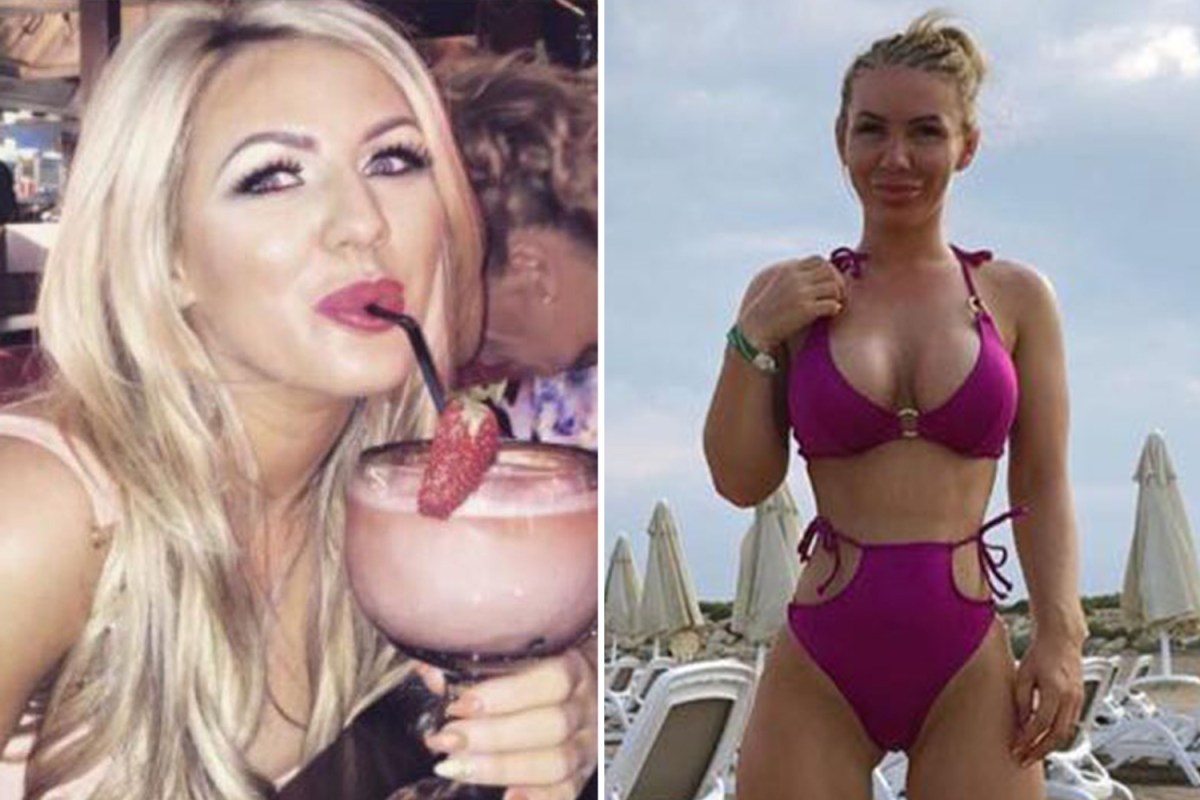 A GANGSTER’S moll, who funded her lavish lifestyle using her beauty salon as a front for a gangland “dial-a-drug” racket was behind bars today.

Samantha Cox, 30, earned as little as £5,000 a year from her beauty treatments, yet splashed out on designer clothes and shoes, and drove a Porsche Macan worth £50,000.

The gangster’s moll allowed her drug baron boyfriend Lee Worthington to use her business Miami Glow in Salford, Greater Manchester, as an HQ for his heroin, crack cocaine and ecstasy dealing operation.

Worthington, 36, was already in jail for ten years for peddling narcotics yet he acquired mobile phones behind bars and used them to give out orders to Cox and his team of traffickers on the outside.

Addicts would ring a dedicated hotline, then go to an alleyway behind the salon where they would meet one of Cox’s own customers, Joanne Zblewska, who had been recruited to hand out drugs from her bra.

Police smashed the racket after a surveillance operation on the salon in March 2019.

Officers found a wad of £1,000 cash bundled together with an elastic band at the beauty parlour itself.

They then seized expensive furniture and electrical items, designer clothing and shoes, valued at over £30,000 from Cox’s apartment above the shop.

Cox was arrested in a nearby flat along with a thousand wraps of cocaine and heroin worth £50,000.

A further £44,000 in cash was found in a Ted Baker shopping at the home of Cox’s mother Barbara.

Inquiries revealed the team would be paid in cash for the drugs by the addicts but to hide the money they would transfer it to a network of 36 other people who were connected to Dovegate jail in Staffs where Worthington was locked up.

At Manchester Crown Court, Cox, of Lower Kersal, Salford, was jailed for five years and five months after admitting conspiracy to supply Class A drugs and converting criminal property.

Worthington who admitted converting criminal property was jailed for a further 41 months.

Zblewska, 42, from Salford who peddled drugs from her underwear and Worthington’s brother Stephen, 33, were each jailed for six and a half years after they admitted conspiracy to supply drugs.

The court heard the racket was set up after Worthington was locked up in 2016 following a sting operation in which police set up a fake cafe and installed an undercover detective to pose as the manager to gather intelligence on the Salford underworld.

Prosecutor Adrian Farrow said: “Even though he was in prison, Lee Worthington was, largely by the use of illicit mobile phones, able to the maintain close contact with those involved in the supply of heroin and cocaine in the Salford area.

”He also used a network of individuals who were in various ways connected to HMP Dovegate, to arrange for the proceeds of drug dealing in Salford to be transferred in a way which meant that it was difficult to trace, but no doubt held available safely and inconspicuously to be called on at a later date.

“Samantha Cox was Lee Worthington’s partner. She ran a beauty salon which the prosecution accepts was a legitimate business although banking records show it had a modest turnover.

“However, Samantha Cox maintained a lifestyle of some luxury and that was funded by her involvement in the supply of drugs.

“She was involved in the safe storage of wholesale quantities of drugs for onward street supply, the safe keeping of cash proceeds from drug dealing and also in the transfer of cash proceeds of drug supply at the direction of Lee Worthington.

“She accepts she was ‘paid’ for what she did in relation to the drugs conspiracy and that Lee Worthington organised for her to be given money to buy things for herself.

“Initially Cox was seen driving a Range Rover but thereafter a Porsche Macan motor car valued at £50,000 and which she purchased in May 2019 with a £25,000 cash deposit and a monthly payment of £550.

During the police surveillance operation, officers watched as up to 30 addicts per day visiting the alleyway behind the salon. A hotline used by the gang fielded 11,897 calls over a six week period averaging 253 calls per day.

Mr Farrow added: “It is clear that the customers would contact the drug line, which would then contact Ms Zblewska who then fulfilled the order with the customer.

“Throughout the surveillance period police observed Ms Zblewska regularly meeting with customers and they saw her supplying wraps of drugs which she often had concealed within her bra.

“The call data records relating to the illicit mobile phones show Lee Worthington’s frequent almost daily contact with the drugs lines. That was the means by which he was able to keep close contact with the activity on the ground in Salford whilst he was serving his sentence at HMP Dovegate.”

Zblewska said she knew Cox as she would visit her salon for beauty treatments but claimed the wraps recovered from her bra were for ”personal use.”

Worthington was interviewed in jail in January last year and made “no comment” replies except to say Cox was an “ex-girlfriend” and that he ”did not trust anyone.”

In mitigation for Cox, defence counsel Miss Chloe Fordham said: “She accepts she did benefit financially from her role, but she did have a legitimate business alongside receiving financial rewards from selling drugs.

“This allowed her to fund a lifestyle which she otherwise would not have been able to afford, but not substantially.

“She bought items of clothing and furnishings for the flat, but her bills and rent for the flat were paid out from the business. She did not live in a grand house, own several properties or go on several foreign holidays a year.

“She rented her flat from Lee’s father and felt she owed a certain amount of loyalty to him. She felt under pressure.”

Sentencing Judge Timothy Smith told Cox: ‘”Lee Worthington was in prison and you were trusted by him as his partner to continue the operation.

“You received payments that allowed you to fund an expensive car and luxury lifestyle, although I accept it was not an overly luxurious lifestyle.

Restrictions can’t ease until NEXT YEAR due to aggressive strains, warns Sage

Ex stabbed hospital worker, 39, and her daughter, 24, before fatal crash

“The scale of the operation you were involved in must have been clear to you, and you stored and secured significant amounts of drugs, and relayed them for sale as and when required.

“Those who deal drugs exploit and make money from vulnerable people and bring misery and despair to people. The effects of drugs can be life changing for addicts, lead them into a cycle of crime or cause them to die.” 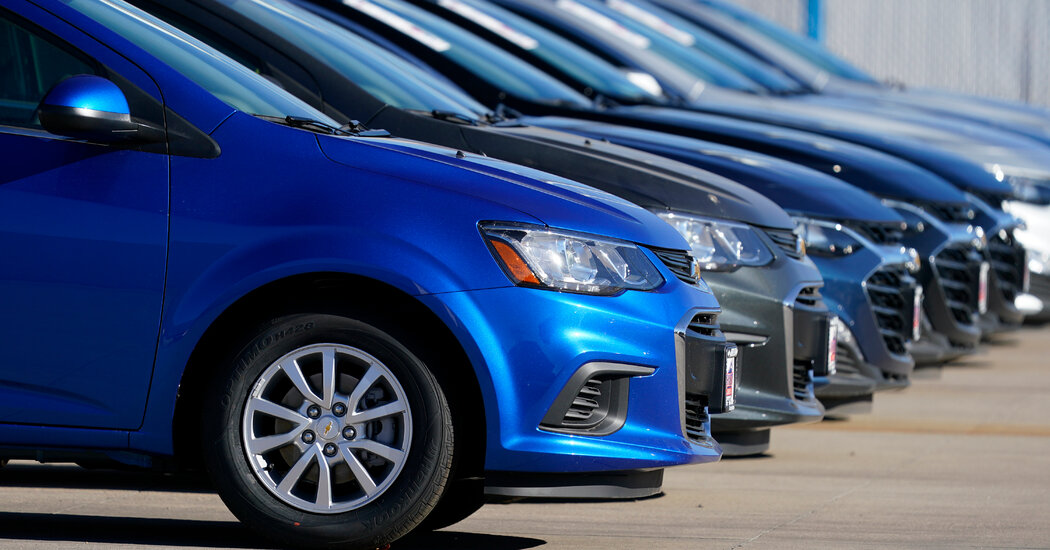