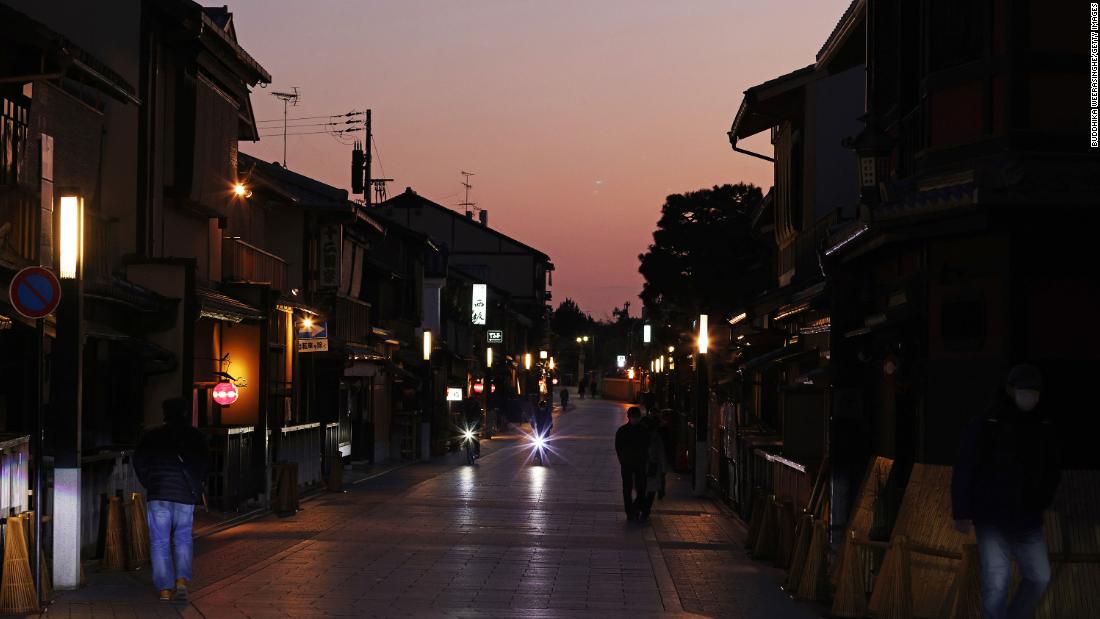 The move comes as questions persist over the country’s readiness to host the Olympics, which are scheduled to be held in Tokyo this summer from July 23 to August 8.

Eleven of Japan’s 47 prefectures are currently under a state of emergency that orders companies to facilitate work from home where possible, and requires restaurants to close by 8 p.m. Sports and entertainment events in Japan are also required to limit the number of attendees.

That decision still needs to be finalized by the government’s coronavirus task force, and Suga is expected to hold a press conference Tuesday night over the state of emergency rules.

Japan’s Health Ministry on Monday reported 1,792 new coronavirus cases and 72 additional deaths, bringing the country’s total cases to more than 392,000 and more than 5,800 dead. Almost 50,000 Covid-19 patients are in need of hospital-level medical care as of Monday.

Around one third of confirmed cases are in the capital Tokyo, which on Monday reported fewer than 500 new case for the first time since December 28.

As the country struggles with its current spike, partly brought on by freezing winter temperatures, it is also grappling with mixed messages and coronavirus fatigue, having been among the earliest hit by the pandemic.

Unlike a number of other countries which have introduced lockdowns and social distancing measures, Japan lacks much in the way of legal powers to force compliance with the government’s orders.

Suga has been criticized for what has been perceived as his reluctance to take action to combat the spread of the virus. Kenji Shibuya, director of the Institute for Population Health at King’s College London said in January that Japan’s response is “too slow and confusing.”

“On one hand they encouraged domestic travel and eating out, on the other they just asked people to take caution,” Shibuya said. “The government is basically asking people voluntarily to behave properly, but does not do more than that.”
cases COVID19 emergency extend Japan loom Olympics plans rise state